Recently on the Anderson Cooper show, self-proclaimed Exorcist, Bob Larson was interviewed about casting out demons.

This brought up questions in many people’s minds, and I was asked to post a study on whether or not exorcisms are real.

Deliverance ministry, not unlike healing ministry, is one of those areas that naturally attract attention. Sometimes that attention is not healthy, and it attracts those that would use these aspects for their gain.

But does that mean that all exorcisms are phony? To give you an understanding of biblical deliverance ministry, some foundations have to be made.

Biblical teaching on the existence of Satan and demons has to be established. Whether or not people can be possessed by demons and to what degree needs to be discussed and finally whether or not the Bible shows how to “exorcize” or cast out a demon and how that may be different than what we are seeing with modern-day exorcists.

The Existence of Satan And Demons

In our western world, we have the mindset that everything is rational. We believe that if we study something long enough that it will be explained. Churches in the western world have adopted this mindset.

It is a good thing to study and learn. It is foundational. However, it is incomplete because it does not take into account the supernatural aspect of God or for that matter Satan. The supernatural elements of God and Satan lie beyond rationality.

Now I did not say they were irrational. I said they are beyond rational. They are higher than rationality. They supersede it.

So for you to even come close to understanding the subject of casting out demons you will have to acknowledge that principle.

Satan is mentioned in the first book of the Bible (Gen. 3:2-7) and the last book of the Bible. (Rev. 20:7-10) Jesus was tempted by Satan in the desert. (Matthew 4) Jesus said that He saw Satan fall like lightning from heaven when the disciples were out casting out demons from people. (Luke 10:17-18) He also said that Satan had asked to sift Peter as wheat when He was predicting that Peter would deny Him. (Luke 22:31)

It is evident from these accounts that Jesus believed in the existence of Satan.
To Jesus, especially after the temptation in the wilderness, Satan was a genuine entity.

The only biblical conclusion we can come to is that there is a devil and his name is Satan and that he exists to oppose the things God wants to establish here on this earth.

To do otherwise would be to place rationality on a throne higher than the throne of Jesus.

Can People Be Demon Possessed?

Recently I had a person come to me concerned that a member of their family might be demon possessed. I counseled the person to be very discerning.

The reason we need to be discerning is that we have to discern whether or not someone is actually under the control or influence of Satan or if they are in fact dealing with a mental illness.

The two are not the same thing although they may look very similar on the outside at times.

In fact, he was so widely known for casting out demons that the Pharisees accused him of casting out Satan by the power of Satan. (Luke 11:15) What type of convoluted thinking is that?

I believe the most striking case to answer the question if people can be demon possessed or not comes from the last supper.

Then Satan entered Judas, surnamed Iscariot, who was numbered among the twelve.

Here we see a classic example of someone becoming demon possessed or in this case the prince of demons, Satan.

I also do not believe that born-again Christians can be possessed. They can be demon oppressed or influenced by Satan, but they cannot be possessed. Light and darkness cannot exist in the same room.

The only question that remains is whether or not what we see today as modern-day exorcisms are real.

This gets us back to what brought this subject up in the first place. I have real concerns about what is being pawned off as deliverance ministry for these reasons.

So because there are people out there abusing and conning people with deliverance ministry does that mean that we should call all exorcisms false? I think not.

Jesus told the disciples in Mark 16:17 that they were to cast out demons in His name. That is the only method the Bible teaches for casting out demons. Using the name of Jesus on the devil.

As much as these other experts will tell you to use a formula, or some relic or religious instrument to do so, the Bible teaches that we, believers in Jesus, have the authority to cast them out in His name.

However, I also know that God cares more for the people who are in bondage than He does about method so I would suspect that there are authentic deliverances done in less than biblical fashion.

I have only had one experience casting out a demon. I was not a “Reverend” at the time. I was not trained in the Bible. I was only a couple of years old in the Lord.

A high school buddy that I used to do drugs with before my conversion took some acid. His friend that he was out getting stoned with brought him to me late during the night since I was the only believer they knew.

My friend fell out of the truck and started frothing at the mouth. It scared the living daylights out of me. I told the demon to come out in Jesus name.

Within 15 minutes it did, and my friend was stone cold sober and in his right mind. He gave his life to Jesus that night. No hype. No fanfare. No talking to the demon. (Like who wants to talk to a demon anyway?)

But I did make them buy me a cup of coffee. 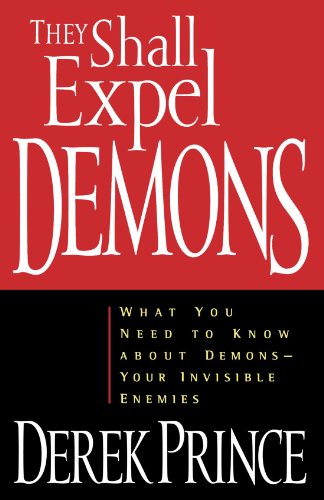 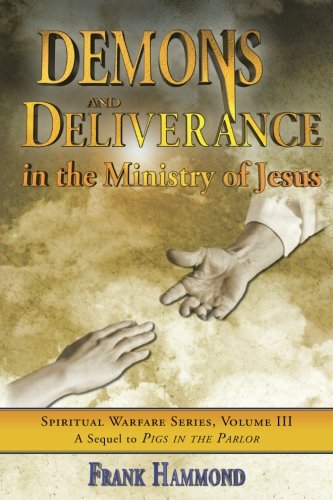 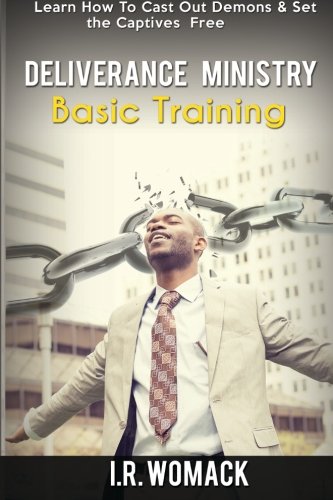 February 3, 2016
0
Take a beautiful journey of images and Bible verses about guidance that will help you hear the the Holy Spirit to know which direction to go.
Read more

7 Ways To Resist The Devil And Make Him Flee

December 17, 2015
10
Learn how you can resist the devil and live in such victory that he will flee from you every time he sees you!
Read more

December 3, 2015
10
Are you looking for guidance on how to enter into your next spiritual assignment? Check out these 10 steps you can take to get there.
Read more

How Do You Know God Is Opening A Door For You?

January 7, 2016
4
God opens and closes doors all the time. Learn how to tell if God is opening doors for you to walk through in your life.
Read more

January 13, 2016
0
Here are some of the most inspiring Bible verses on love that have enriched and nurtured my soul over the years.
Read more

September 25, 2017
0
The Bible promises you can have peace beyond understanding. Read these Bible verses about peace and find the peace of God in your storm.
Read more

September 25, 2017
0
The Bible talks about casting out demons but are modern-day exorcisms real? Find out in this eye-opening article.
Read more

September 14, 2017
0
Do you want to experience more of God in your life? These Christian quotes about life will help you find the life in God you are looking for.
Read more

The Power To Forgive – 21 Christian Quotes On Forgiveness

May 5, 2017
0
Are you struggling to forgive? These 21 Christian quotes on forgiveness will help you find the power to forgive others, and even yourself.
Read more

How To Walk In The Peace Of God

April 19, 2017
0
Do you want to have God's peace in your life every day? Learn how you can walk in the peace of God in your life in this informative article.
Read more

10
Are you looking for guidance on how to enter into your next spiritual assignment? Check out these 10 steps you can take to get there.
Read more
Christian Living

Christian Lessons When Walking Through Pain And Suffering

Why Christian Believe Abortion Is Murder

3
Abortion is a confusing subject with some people but not with Christians. Find out why Christians believe abortion is murder.
Read more
Christian Living

0
Read these Bible verses about provision to help you place your faith in God's providence in every area of your life.
Read more
Christian Living

Waiting For God In A Warp Speed World

0
There are many times in life where we are waiting for God to answer prayer. Learn what to do when you have to wait upon the Lord
Read more
Christian Living

8 Great Guideposts For Discerning God’s Will

1
Understanding the will of God doesn't have to be hard. Take a look at these 8 tips to help you understand God's will.
Read more
Christian Living

What Are The Biblical Signs Of The Second Coming Of Jesus?

0
The Bible teaches that Jesus will return a second time. Find out if there are signs today pointing to the second coming of Jesus to this world
Read more
Christian Living

Bible Verses About Joy To Brighten Your Day

0
Do you want to live a life filled with Joy? Check out these great Bible verses about joy from the Old and New Testament in this informative article.
Read more
Load more